Circle us on Google+

Support us on Etsy

As the holiday season draws nigh, I wanted to share a little secret about Santa – he subcontracts!  That’s right, those North Pole elves are just not as productive as they used to be, so Santa calls on all his relief elves here at Pike Place Market to get the job done and produce amazing presents for all the people on his nice list. 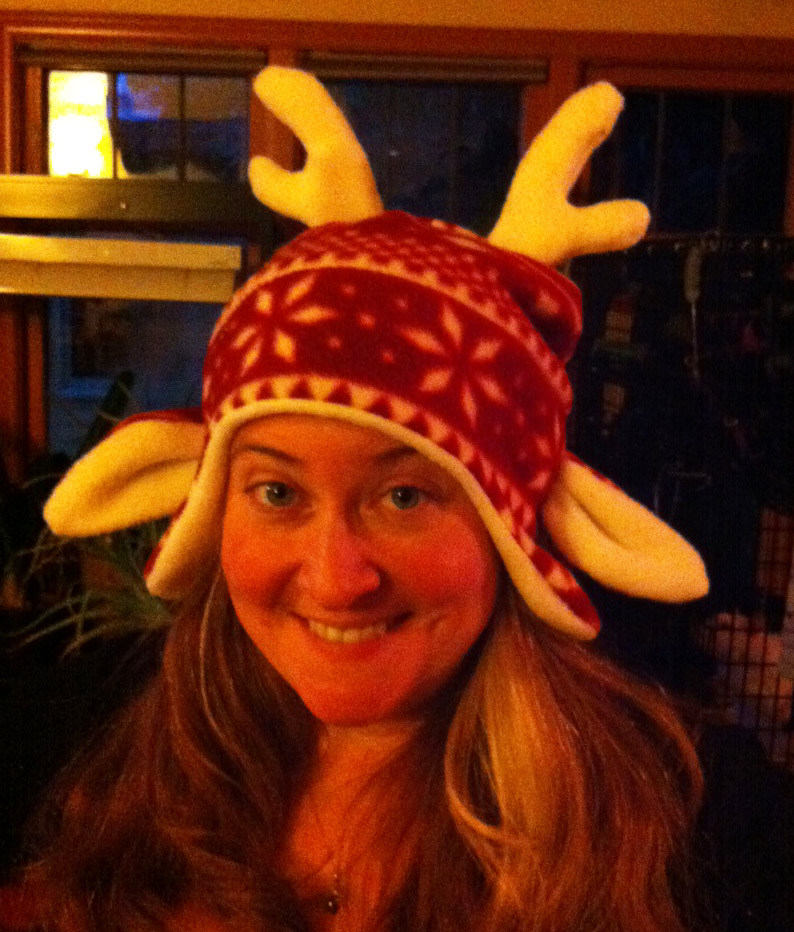 Before most people have even started thinking about venturing up into the attic to dust off all their holiday decorations, Pike Place Market’s craftspeople are hard at work preparing for the gifting season by working overtime to produce backtstock, add smaller “stocking stuffers” to their inventory and ensure that their customers, old and new, will be able to bring home that perfect present to surprise their nearest and dearest.  Those of us with online stores as well as our daystalls are also beefing up our advertising and social media posting and figuring out “order by” deadlines to ensure we are able to produce our works of art in time to get them sent across the country or even the world in time for Christmas, Hanukkah or Solstice.  Many of us also have our wares available at additional  large craft shows during the holidays, like Urban Craft Uprising or Best of the Northwest or the Phinney Winter Festival or at smaller trunk shows at local neighborhood venues or even our own studios and workshops.  Though we emphasize our commitment to craft, we are , first and foremost, small businesspeople and this is the time of year when we can stock up on revenue and savings for the slow, cold months of January and February when sales are sluggish. 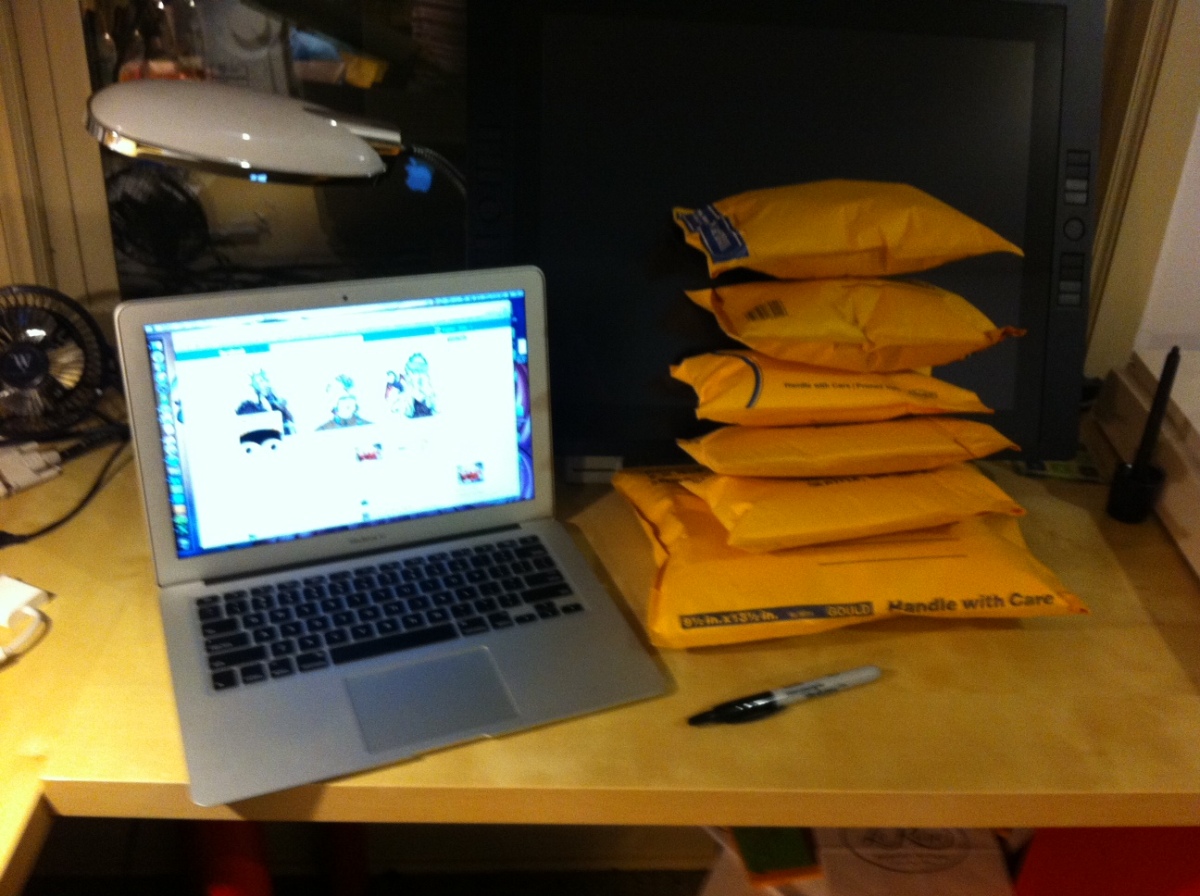 The folks at the USPS, Fed Ex or UPS are our handy reindeer stand-ins at this time of year.  They’re much more reliable and you can pay them with a debit card instead of carrots, which is much easier on one’s handbag.

Please consider dashing through the snow, er, rain to join us down at the Pike Place Market for all of your holiday gifting needs.  We’re some of the very best relief elves and can hook you up with wonderfully unique art and handcrafts that will make your holidays truly merry and bright this year.

I wanted to do a post about being thankful and when I started to think of all of the things I am thankful for I started to cry. For those of you who know me this is not uncommon but I have so much to be thankful for.

When Ron and I started our business  so long ago we did small shows and big shows we searched high and low for shows to do. We always did Fremont Market rain or shine and Edmonds market in the summer and First Thursday in Pioneer Square. Then we searched high and low for show to fill the void – we did shows in church basements – apartment event centers – peoples homes – grange halls to the Seattle Convention Center every festival from here to the hills.

So this Thanksgiving I am thankful for all of those shows and all of the hours of hard work because without them I would not of had the chance to meet the amazing and talented artisans I know today and I would not appreciate the Pike Place Market.

The Pike Place Market is one of the most unique and important markets in the whole world.  It is made up of 264 local artisan who do world class work mixed with some of the best local produce you will ever see and the restaurants are a foodies dream.  And we get to work and shop here.

This Saturday is small business Saturday and also Magic in the Market and I will be at the market along with all of the amazing artisans of the Pike Place Market. Festivities start at 1 pm on Saturday! Take a photo with Santa from 1 – 5 pm. Dickens Carolers start at 1 pm, Figgy carolers start at 2 pm under the Market clock. Holiday card making booth and gift wrapping open from 1 – 7 pm. Santa leads the tree lighting ceremony at 5 pm. Market shops and crafts market open until 8 pm. Whew! Lots of treats and holiday activities to enjoy! Wreaths and trees are available too.

So come out to the market and support your local small business – we are thankful for you !

In the last post Kat Allen raised the perennial discussion about the words we use to describe what we do and how we do it. This blog has a primary mission of educating people about the crafts professionals at Pike Place Market, but sometimes it’s tough to communicate clearly when there is debate about even the terms we should use.

I sew functional things. The bags and gadget sleeves I make are my original designs, the combination of fabrics I use is deeply considered. I work hard to make things well, in addition to having commercial appeal.

Is what I do art? Typically, when using that term we think of painting, drawing, sculpting, the stuff you see in fancy galleries and big city museums, even though in the modern era the works of Andy Warhol, Jeff Koons, Damien Hirst and even Banksy have challenged the traditional view of art.

Is what I do craft? The dictionary says yes: I make my items by hand using skill and dexterity. In times past crafts were typically thought of as work like pottery, basket weaving and lace making. Making handbags and accessories isn’t exactly traditional, but because of how I make them – individually, by hand – it is surely a modern craft.

But then the value question arises. Even the rock stars of the art world have to be concerned with making a living and how much to charge for their creations.

Does labeling something a work of craft give it a lower status, and therefore perceived value, than naming it art? That ‘crafting’ is usually associated with home-based hobbyists means this is often so. And does being primarily functional reduce the value of my work, even though it should have cache from being individually hand crafted? In my experience it does in the eyes of many people.

The appreciation of art is highly subjective, and how it is judged in terms of value often depends on the labels we give it as much as its craftsmanship, perceived beauty and, of course, the reputation of who is making it.

These questions are among the reasons I love to watch Antiques Roadshow on PBS and am often amazed at the valuation. I’d be thrilled to see one of my bags turn up on an episode and be given a jaw-dropping valuation some time in the far future!

For now I claim the monikers ‘artisan’ and ‘craftsperson’, I call my work ‘handcrafted’, and I continue to work to make these terms marks of value in a world used to mass-produced cheap and disposable goods.